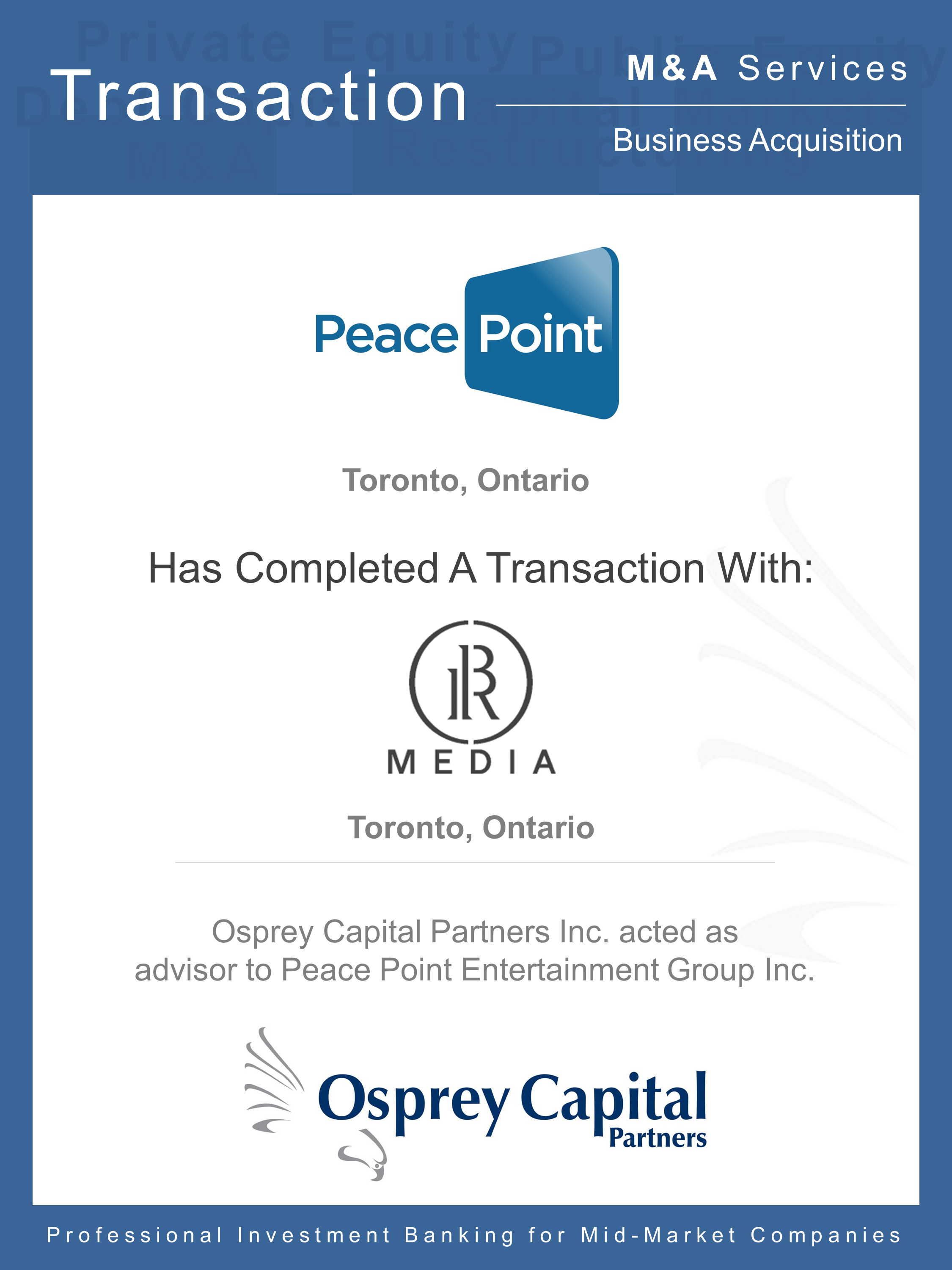 Osprey Capital Partners Inc. is pleased to announce that it has facilitated a transaction and partnership between television producer Peace Point Entertainment Group Inc., and Boat Rocker Media, producer of “Orphan Black”.

Peace Point Entertainment Group is a developer and producer of global content seen in 190 countries, and is led by its award-winning Founder, President and Executive Producer, Les Tomlin.

Peace Point has been a prolific producer of factual, lifestyle, reality and documentary television since 2002. Peace Point has produced over 600 hours of content for multiple broadcasters, including Scripps Networks and Corus Entertainment, and for numerous countries, including the United States, United Kingdom and South Africa.

“We’re thrilled to be partnering with Jon Rutherford and the Boat Rocker team on furthering the reach of our global media brands,” said Les Tomlin, President of Peace Point. “We’re looking forward to working with Boat Rocker as our distribution partner, and to expand our growing slate of productions.”