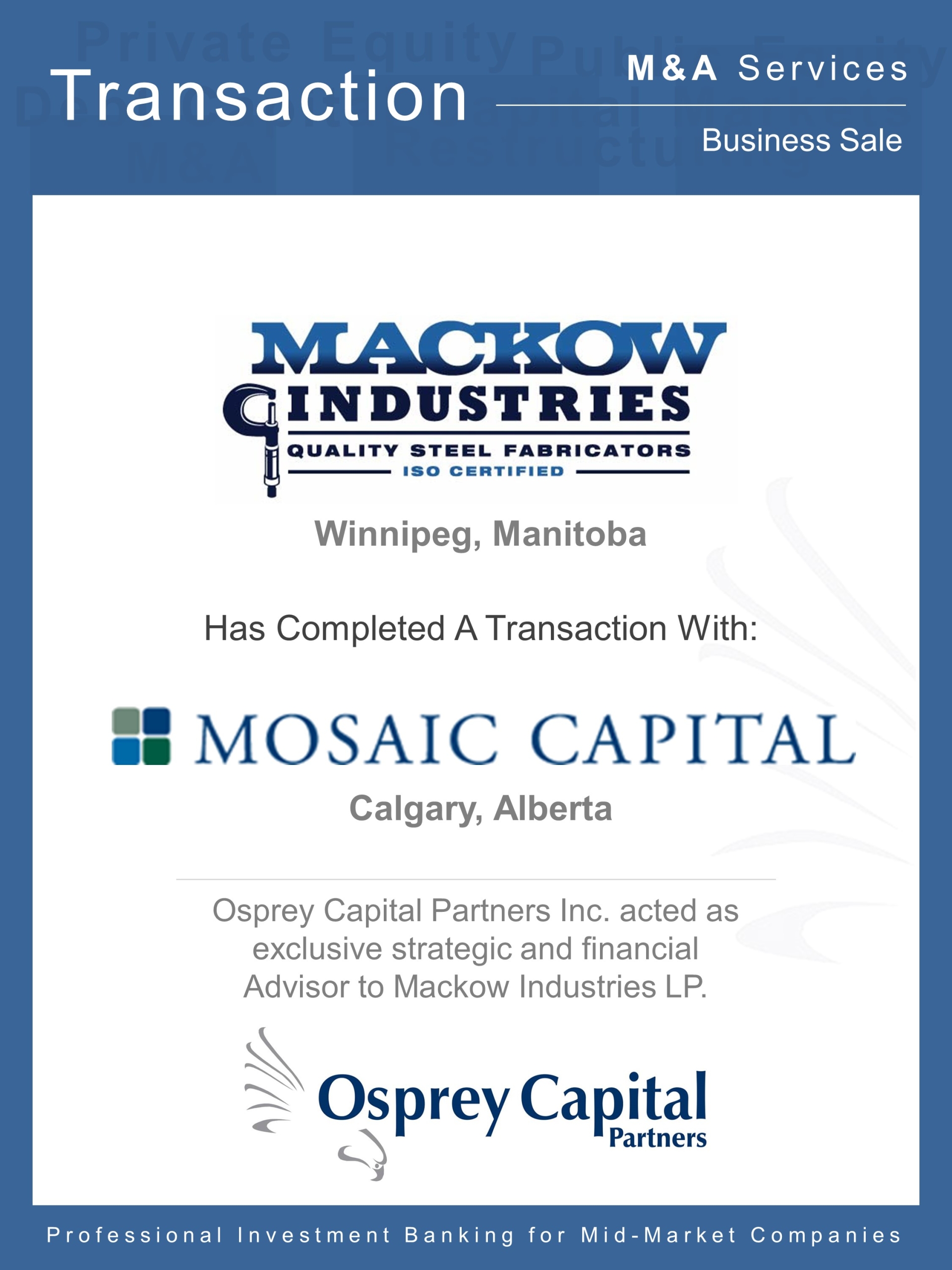 Osprey Capital Partners Inc. is announcing today that it assisted Winnipeg based Mackow Industries on their transaction with Mosaic Capital Corporation in which Mosaic acquires an 80% interest in the business.

Founded in 1985, Mackow Industries is one of the largest and most modern metal fabrication and machine shops in Winnipeg, Manitoba offering full service specialty fabrication.

Mackow Industries engaged Osprey Capital to find a partner that would optimize liquidity and strengthen the management group to capitalize on unprecedented opportunities within the marketplace, while ensuring the legacy of the business was respected.

Osprey Capital introduced Mackow to Mosaic and assisted them in the negotiations and closing of the transaction.

Liz Boroditsky (Mackow), co-owner and former CFO of Mackow Industries explained, “Osprey Capital’s professionalism, depth and transactional focus was evident from the outset. They ensured that our objectives were at the forefront of the process that resulted in an outcome that exceeded our family’s expectations.”

“We are really excited about the partnership this transaction has created between Mackow and Mosaic and look forward to their continued success.” said John Mottola, Managing Partner of Osprey Capital.